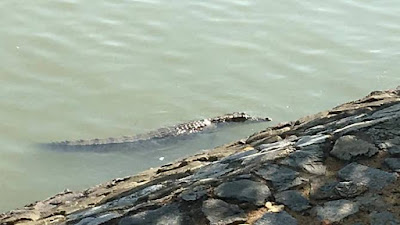 The National Parks Board (NParks) has put up warning signs at Changi Beach Park following reports of a crocodile in the area.

One eyewitness, who did not want to be named, said that he had seen a crocodile near Changi Point Ferry Terminal for the past four days, including near the boardwalk area close to the ferry terminal.