Read more from those who had visited the site before you venture into the nature park
Ref:
1) https://thetravelintern.com/sg-hiking-bukit-batok-hillside-nature-park/
2) https://www.cheekiemonkie.net/2020/12/bukit-batok-hillside-park-hike-singapore-map-directions.html
No comments:

Trekking in Clementi Forest is no walk in the park

Certain spots in Clementi Forest are known for their natural beauty, and with the Covid-19 pandemic curbing a number of activities, many people are spending their free time going on hikes in the area to enjoy the outdoors, take in the sights and stretch their legs.

But there are no designated trails in Clementi Forest, and a number of people of late have got lost or injured while trekking there.

Advice from an expert:

You may want to see Video: The wonders of Clementi Forest

The first phase of Singapore’s longest cross-island trail, a 62km route stretching from Changi to Tuas, will be completed by 2025, said the National Parks Board (NParks) in a media release on Thursday (Mar 4).

Named the Coast-to-Coast (C2C) Southern Trail, it is one of four new recreational routes that will open to the public in the next few years.

This is part of larger efforts to achieve Singapore’s vision of becoming a “City in Nature”.

Apart from the Southern Trail, there will be a 25km-long C2C Northern Trail, from Khatib Bongsu to Sungei Buloh, linking up the Central and Sungei Buloh Nature Park networks.

The 18km Eastern Corridor connecting East Coast Park to Pasir Ris, going through Bedok Reservoir, will be ready by the last quarter of 2021.

Meanwhile, the 34km Central Corridor from Woodlands to the city centre will be opened in phases and is due for completion by 2030. 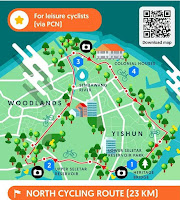 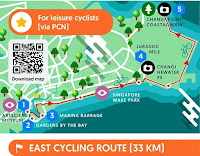 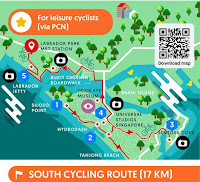 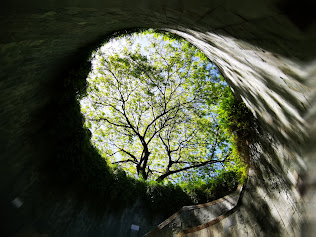